Note: There is now (April 21st, 2020) also an Italian translation of this text, courtesy of Federico Croci.

If Sir Peter Ustinov invites you to “playful experiments of electricity”, you should probably accept. Digital entertainment was something magical in the early 1980ies, because there was almost no history to compare it with. Micro chips, circuit boards, synthesized sounds and computer-triggered blinking lights were not only a manifestation of the future in the (former) present, they also were quite visible. Nowadays, computers and its peripherals are usually small and covered inside pieces of molded plastic or shiny metal. But back then, 35 years ago, components of digital entertainment were still quite bulky, its components – computers, screens, disc drives, etc. – fragmented. 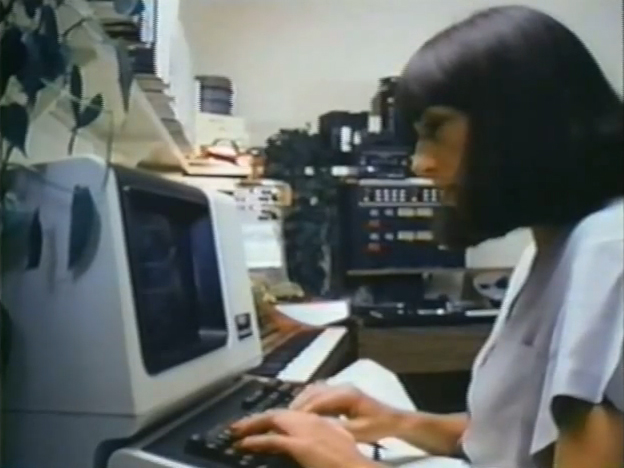 As much as contemporary smartphones and tablet computers get fetishized by commercials and users alike, as enchanting were their grandfathers in the 80ies. Even so with pinball machines, where you could see every part of it in action – which is of course still a feature today, and for sure one that makes it so special. A good pinball table is more than the sum of its parts, but at the same time, mostly all of those parts are always visible for the player and the observer alike. Now imagine those parts becoming a whole that is not just a cohesive game experience but instead something like an artificial lifeform. Something that talks back to you, rewards and punishes you, corresponding to your actions and achievements. 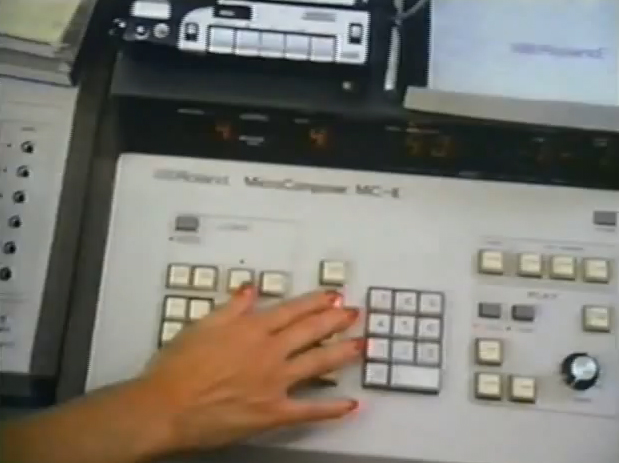 The idea of a pinball machine telling a story and the player working towards a final goal was something unseen of at the end of the 1970ies. Equally wondrous was a machine that featured digitized speech samples. Enter “electronic composer” Suzanne Ciani, 34 years old at the time of the recording, who, citing Ustinov’s wonderfully poetic words “captures the indefinable and turns it into music”. Williams assigned Ciani the unusual job of coming up with some kind of a soundtrack for their new game “Xenon”, designed in 1979 and due for release a year later. She picked up the job and presented it – at least to the TV cameras – with such joyful delight and passion that you want to buy an old modular synthesizer off Ebay immediately after you watched the video. Ciani also tried to understand the mindset of a pinball player during gameplay while coming up with ideas. 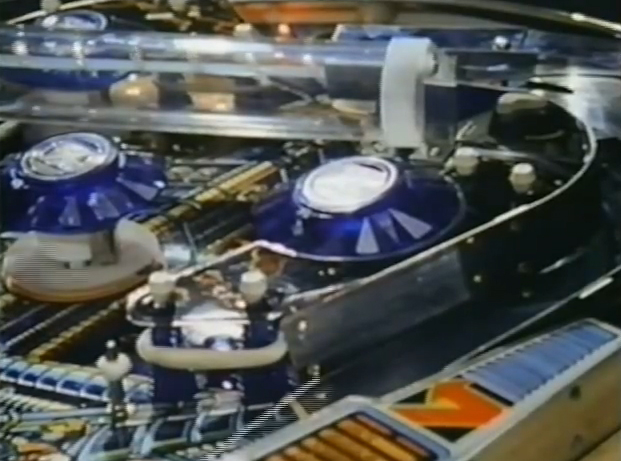 It is also astonishing to see a woman working in a field where you rarely see female designers and engineers even today, although one might think that 35 years onwards, things would have turned out to be more balanced with women in tech jobs (by the way, the studio assistant is a woman, too). Ciani doesn’t even remotely refrain from showing off her own moans and growns – which of course are there to reflect feedback of the player’s struggle to playing a successful ball. The possibility of lewt thoughts of some male viewers didn’t cross her mind. Or she didn’t bother, which is how it should be. Indulge yourself in this wonderful, historical piece of pinball culture, and don’t forget to try tube shot!