Ever thought about residing in a “High Speed” single room, a “Medievial Madness” double room or spending a night inside the “Captain Fantastique” suite? Well, this is not made up – you can actually do just that. In May of 2013, an imaginative pinball collector from Germany wasn’t satisfied with just having some machines in the basement and eventually opening his own museum. He wanted to take it one step further by creating themed pinball hotel rooms.

Axel Hillenbrand from “Deutsches Flippermuseum” (German pinball Museum) in Neuwied opened up the collection for the public in 2006 and maintains it until today with friends and family. The Ball is Wild catched up with him last year to talk about the inspiration for the museum and the hotel. 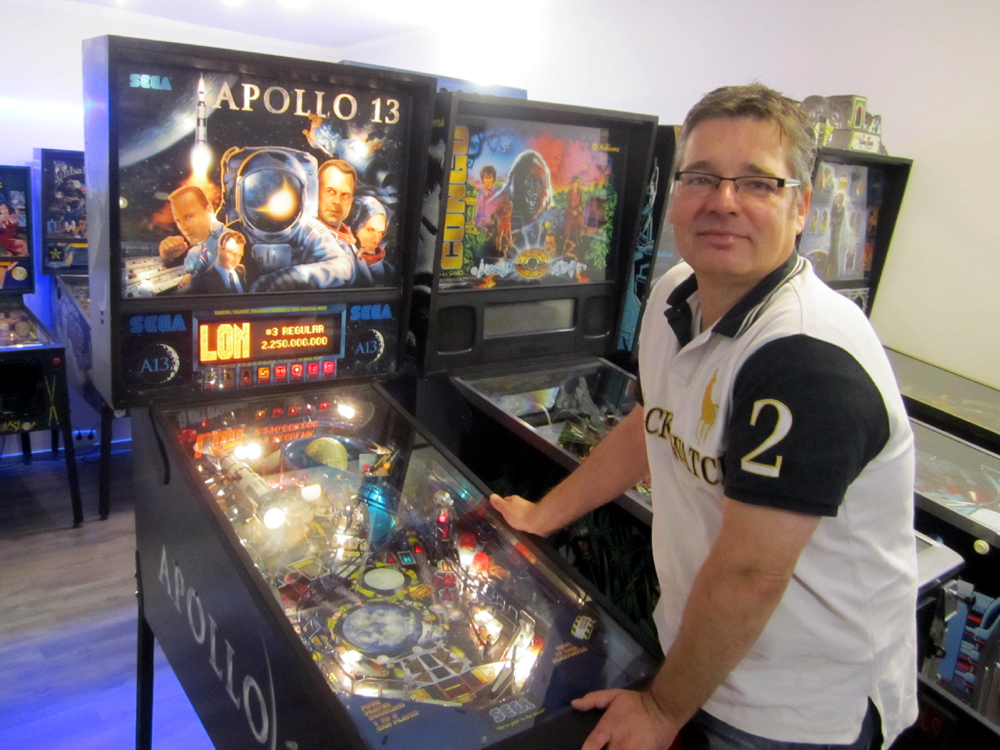 Hi, I’m Axel Hillenbrand and I am president of Deutsches Flippermuseum, a pinball association that exists since 2006, here in Neuwied near Koblenz, between Cologne and Bonn. It is the first of its kind in Germany.

What is your personal interest in pinball?

What I find fascinating is that within such a small, confined space, maybe just a little over a square meter in size, there is a story being told. With a silverball, with mechanical and electrical elements.

Did it start off with you collecting three, maybe four tables, and then the collection grew bigger and bigger? What is the history before the museum even came into existence?

Indeed, it started off with me being a private collector. I wrote my thesis on Star Trek. When I was done with it, I rewarded myself with a pinball machine. After a little while, it broke down, and then a good friend of mine – he is an electrical engineer – said that he will repair the table. Then one thing lead to another and suddenly, we had about seven, eight, ten pins. Then we thought about making the collection publicly available. 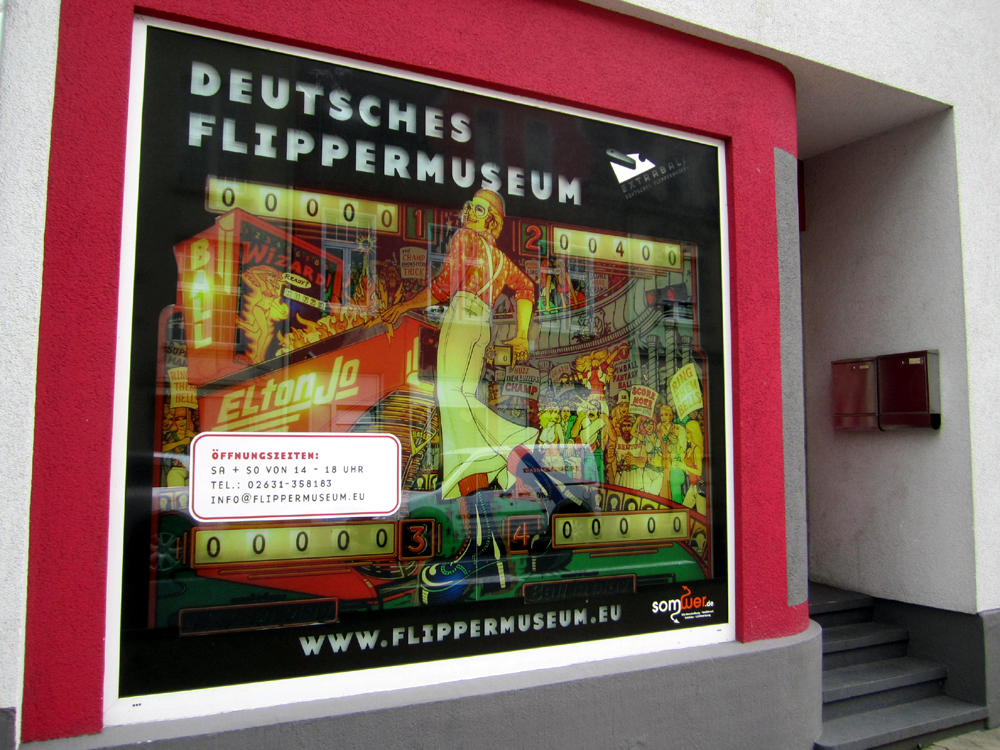 What were the steps until the museum finally opened? How did you manage to get the space?

We started in 2006 with around 50 pinball tables. By now, the collection includes about 150 pins. So, it grew step by step, within the same building as we are here in right now. We wanted to be a museum. We are also members of Deutscher Museumsbund and Museumsverein Rheinland-Pfalz, it was very important to us to get that official recognition. After we managed that, we continued to evolve constantly.

What were the initial reactions? How did you get people interested so that they visit Deutsches Flippermuseum?

It took a while until we were established, of course. Also, because we don’t get paid for our work at Deutsches Flippermuseum, we don’t have lots of possibilities to do proper PR. But the museum gets frequently visited by families. A lot of parents say that they enjoyed pinball as teenagers and young adults, and now they want to show their children what a real pinball machine is about. Many children nowadays know pinball only as videogames. Parents get a lot of enjoyment out of the fact that their kids stand in front of the machines and initially don’t even know how to get them to work. It is a special kind of exploration for them. 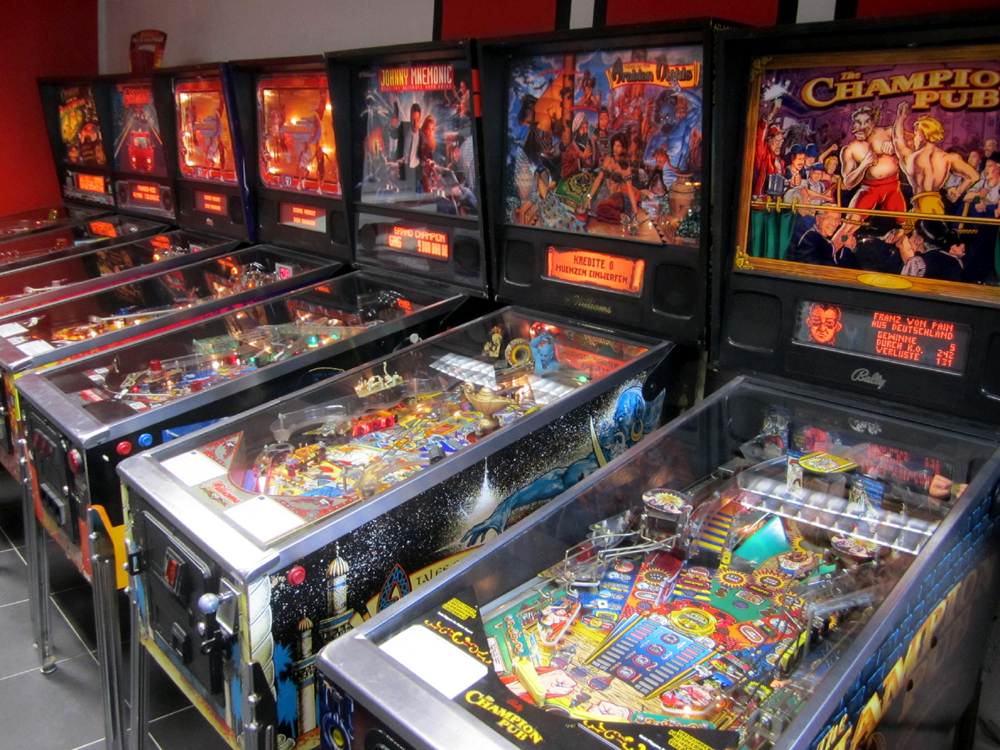 There are different kinds of pinball collectors: With some of them, it’s just about quantity, others focus on electromechanical tables or newer machines. In your museum, you primarily have younger pins, upwards from the 80s. How do you decide on which machines you want to include in the collection? Where do you find them?

We do have the whole range of pinball tables available because we want the visitors to be able to experience all the different parts of pinball history. We started the collection off with the help of online auctions. By now, we are pretty well connected with the pinball communities, but are still in search of certain machines that we consider very important for the collection.

The professional pinball scene becomes bigger every year. Are you hosting tournaments, too?

We once had a pinball league visiting, which was a different approach that we are used to. Professional pinball playing is like sports, we are definitely interested in having pro players visiting our collection.

How are you organized?

As it is common in Germany, we are a registered association and the members are handling museum service and repairs. We have seven members. 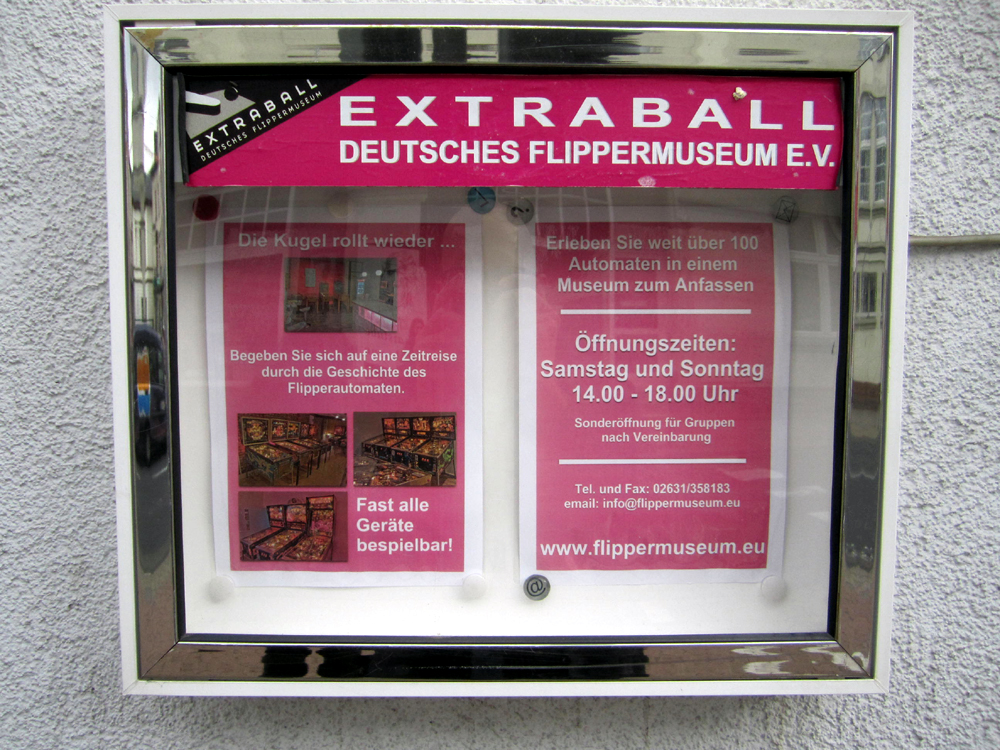 Since May 2013, you also have your own “Flipperhotel” (pinball hotel). What is that about?

The pinball hotel is a very interesting project and it’s a lot of fun! To our knowledge, it is the first of its kind in the world. It started when we got hold of another floor inside this building and thought to us: What can we do with it? So we came up with the idea of building a hotel. By now, we also have a lot of international guests, so it just made sense. The next idea was to make themed rooms, inspired by different famous pinball machines.

What is the feedback from the hotel guests like?

The feedback is great! We also have a high demand, so we are happy about that.

Are you travelling around the world to celebrate pinball culture, too?

We visit Pinball Expo in Chicago regularly where we meet old friends and aquaintances. We also go there to get the latest news about the pinball scene, of course.

Aside from videogame pinball and Stern Pinball tables, there is also Jersey Jack Pinball and some boutique manufacturers by now. How do you follow the news on manufacturing companies?

Even before Jersey Jack, there was the Spanish company MarsaPlay who did “New Canasta”. We are happy that the pinball community evolved so constantly throughout the recent years.

You seem to run out of space here at Flippermuseum Neuwied. What is your long-term strategy?

The long-term strategy is that we need more space! This is the basic problem, really. But I know that this is a problem we share with other collectors in Europe. Well, what can I say … pinball machines are big!