If you are in any way interested in pinball outside your own machines or those you play at a local bar once in a while, you have to be familiar with PAPA. The Professional and Amateur Pinball Association was the creation of pinball legends Steve Epstein and Roger Sharpe who wanted to keep track of the players and their scores as early as in the 1970’s. This then led to the creation of PAPA and the legendary tournaments in the early 1990’s when uprising young players like Rick Stetta or Lyman Sheats rose to pinball fame. 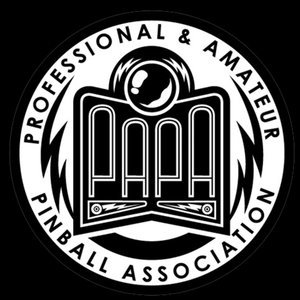 After that, PAPA was on hiatus for a few years, before Kevin Martin and his team took over and revamped PAPA to the versatile and informative pinball institution that it is today. Over ten years have passed since then and the association located in Scott Township, Pennsylvania, is now bustling as never before. When it comes to tournaments, apart from the classic World Championships, there is also Pinburgh (since 2011) and the PAPA Circuit (since 2012). Additionally, there are a lot of resources in terms of information about how to play, how to repair machines and especially how to play certain pins. You can watch a lot of tutorial videos and be amazed by the ingenious video technology that the PAPA staff came up with to bring us the best pinball spectating experience out there. This summer, PAPA will team up with the folks from ReplayFX to organize and present the biggest pinball and videogame event in history.

Last year at Michigan Pinball Expo, I had the pleasure to meet up with Mark Steinman, one of the busiest staff members at PAPA. He was kind enough and took the time to talk with The Ball is Wild about the new rise of pinball, professional pinball, pinball as a social activity and if there ever was a rivalry between the silverball and the videogame in the first place. Enjoy! 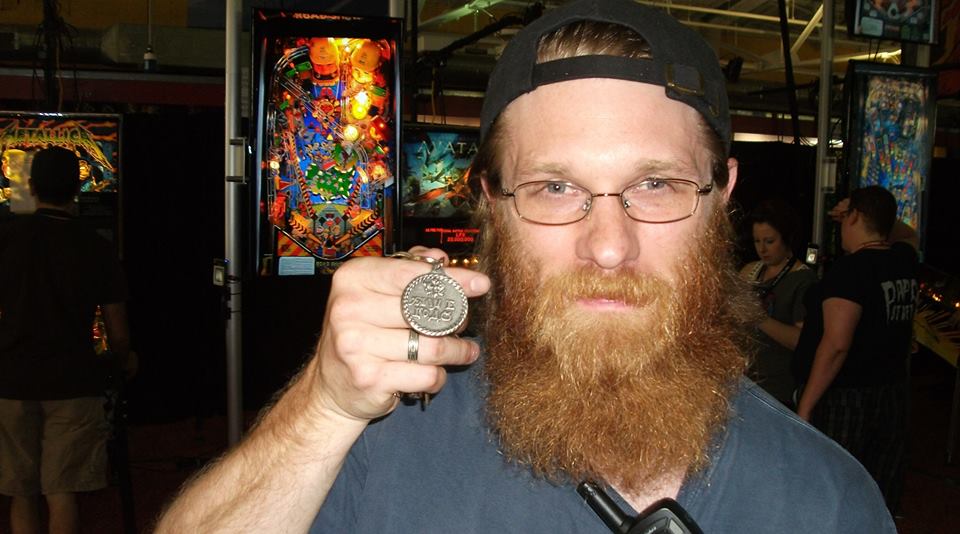 Mark, you are Director of Operations for the Professional and Amateur Pinball Association (PAPA). How did this job start out for you?

About five years ago, a got a call from some of the workers at PAPA and they wanted to bring in some new staff. And I was one of the people that they selected to bring in. Since I became involved at the association, we have started on a lot of new initiatives like the PAPA Circuit, all the videos, the broadcasts and the tutorial videos. Basically, ever since I got in involved, a group of us sat around and said: What can we do to help pinball and help competitive gaming? So we figured out a plan and now we’re doing it.

Is it volontary work or do you get paid?

It’s paid. It’s funny because there is kind of a grey area there. There is definitely a lot of hours that I put in just because I’m enjoying it. So, there is compensation, but at the same time we put in all the hours. And sometimes you just play pinball and have a good time.

Back in the early 90ies, competitive pinball with PAPA was big with players like Rick Stetta and Lyman Sheats. Then there was a break for a while, and now, a few years ago, PAPA got started again and became kind of a pinball behemoth. What was this resurgence like?

The history of PAPA is pretty long. There were only a few years where there wasn’t a tournament and that was when the organisation was changing hands from Steve Epstein and Roger Sharpe to Kevin Martin and us. After that transition has happened, we’ve done everything we can to push pinball forward and we’ve ridden the wave just like everyone else has. There are a lot of different things coming together to push competitive gaming in pinball forward. We like to think we’re part of that.

When someone who is not familiar with pinball approaches you and wants to know why it is considered a sport, what is your response?

I would say: Play with someone who knows how to play and he or she will understand very quicky that it’s a game of absolute skill. Once you see some of the top players do some of the things that they can do, it becomes really apparent that the random factor is far less important than most people think. There are strategic decisions that go on in every single game that’s played. There’s flipper skills, there’s concentration, there’s stamina, there’s a lot of things that go into making this a highly competitive game. If I was trying to explain that to someone, the easiest way to do it would be to say: Watch one of the better players apply their craft.

How are you following the recent developments in the pinball scene, like new boutique manufacturers or international tournaments?

I’m very interested in it. Everything that happens in pinball, I want to at least understand why it’s happening and how it’s happening, so I read and I talk to people – just like anyone else would to get information. I think it’s a very interesting time for the game. Historically, pinball has been a game of boom or bust. There’s been a lot of real high periods and there’s been a lot of real down periods, and I think what we’re seeing now is a transition back to where pinball is becoming more prominent.

What about your own pinball skills? Are you also taking part in tournaments a lot or do you rather choose to be primarily on the organizational side of things?

I’ve played in a lot of tournaments. I tend to do okay, I’ve qualified in a lot of PAPA Circuit events but for the most part: If I’m helping to run an event, I usually don’t want to play in it. It’s a lot of stress to run a tournament like Pinburgh or the PAPA World Championships. With all the different things that go on and all the things that I have to pay attention to and all the coordination I have to do with the rest of the staff, it would be virtually impossible for me to actually compete at a high level and do all of that stuff.

Let’s talk about pinball as a social activity. In tournaments, most of the time you are actually playing against the machine and maybe watch your competitors play when you’re not up. Only when you’ve finished playing, you are comparing the scores of the players. How would you describe the social factor at pinball events?

That pinball is a solitary game is not necessarily true. You’re absolutely playing the machine and comparing high scores but just because you’re doing that doesn’t mean you can’t have a beer and talk to your friends. It’s very common for even top level players to just hang out and talk. They ask and discuss questions like  “What are you shooting for?” or “How do you play this game?”. With this exchange, they are learning the ins and the outs of the game. It can be a social experience if you want to make it one. Just like Poker, videogames or anything like that. It is what you make of it. 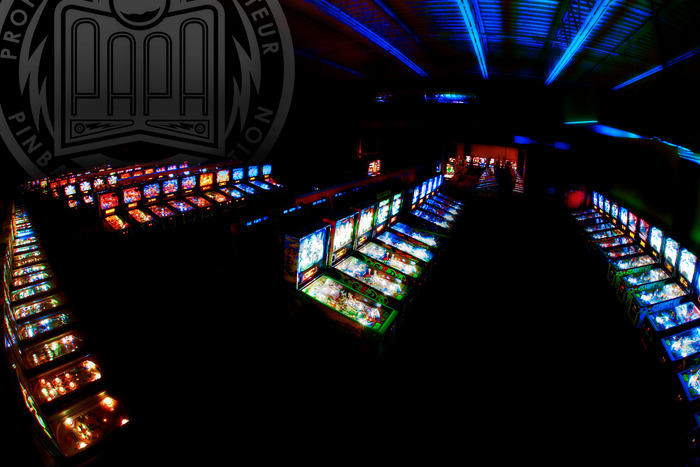 Since videogames became big in the arcades in the early 1980’s, there is this rivalry going on between them and pinball machines. How do you feel about this?

I feel like there is more crossover then is probably given credit for. A lot of the pinball players are some of the best videogame players I’ve ever seen, and a lot of times, whenever we go to these expos, we’ll see the same people who are doing well in the pinball tournaments also do well in the Robotron: 2084 tournament or the Street Fighter 2 tournament. If you grew up in the era of arcades or if you’re interested in videogames or even console games, you’re just interested in gaming. You’re interested in seeing what the machine has to offer you so far as competition and entertainment value goes. So, I think there is a lot of crossover. I know I played a game of Donkey Kong a little earlier and I had a blast. My wife played a game of Galaga. If you’re around it enough, you are gonna appreciate it and you gotta learn how to enjoy it.

What about international pro players and pinball enthusiasts outside the US? Are you in contact with many of those people?

You are taking care of different video formats, for example the PAPA Pinball Roadshow that you did in 2013 (Season 1). What are the future plans for video content coming from PAPA?

The Roadshow was one of the things that we were creating to try and interest a more casual player. PAPA does a lot of things directly for the tournament players and we’re starting to branch out into ways to make pinball appeal to the general public as well.

In videogames, you can be a pro player and earn a living – although it’s very tough, of course. There is no way to make this happen in pinball, though. Are there any plans for establishing sponsorships for top players?

Our goal does not necessarily relate to the monetary aspect of what players win. Our goal is to promote the game. And if we promote the game and make pinball more popular, then one of the side effects will inevitably be larger and larger tournaments that have larger and larger prize pools. So, if players becoming professional and actually earning a sustainable income off of tournaments occurs, then I will be happy because that will mean that pinball as a whole will be benefitting tremendously and doing well.