If you look at the highscore tables of the “Pinball Arcade” games, chances are that you will see one name in the top 10 quite often: Tarek Oberdieck. At the time of publication, he actually sits at the overall number 1 spot which is impressive to say the least. You won’t find this person as a registered IFPA player online or meet him at a tournament because he only plays video pinball. This might seem odd. Maybe he is a younger player who was socialized with computer games instead of bulky arcade machines? This is far from the truth. In fact, Tarek Oberdieck is in his late 40ies, so of course he played physical pinball back in the days – quite extensively actually. But he stopped due to the fact that it has gotten so hard to find machines in a good condition – especially in Europe where pinball machines are only very rarely found outside of private homes or clubs these days.

Curious about who Tarek Oberdieck is and what his story would be like, I tracked down the top 10 man of video pinball on the web and asked him for an interview. Fortunately, he agreed and even made a picture of himself for the occasion. One thing shines throughout the whole talk with Tarek: That the passion (and skill) for pinball breaks boundaries between physical and virtual tables. Enjoy! 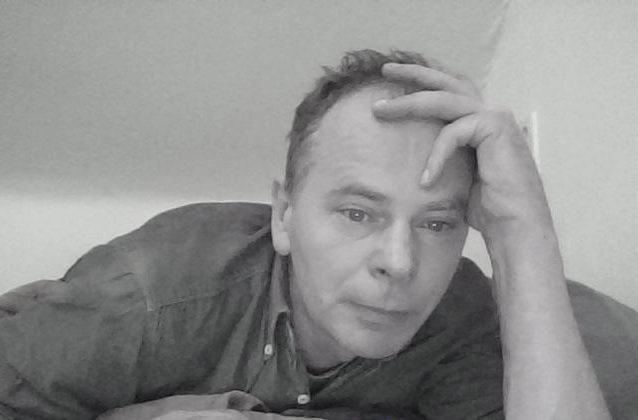 Hey Tarek! Please introduce yourself and tell me when you first came in contact with pinball.

My name is Tarek Oberdieck. I’m not the youngest anymore, 47 years old by now. I’m German and living in Germany ever since, although in recent years, I am playing with the idea of moving away. If I remember correctly I started playing pinball when I was 12, at first in bars and restaurants, later at a snack bar where they had a Williams “Firepower” machine and a “Power Play” by Bally. This was when I started playing these games for hours and thereby discovered the joy and fascination of playing pinball. This then went on for years. Unfortunately, I was too young for going to arcades and so I didn’t have the chance to play the newest and best pinball machines there. This changed of course when I became 18. I was allowed to visit arcades and this was also the time when pinball made serious technical advancements. Pins like “High Speed” and those that followed had been on a completely new technical level. In the following years until the year 2000 it constantly became more and more exciting.

After the change of the century, pinball culture was in trouble, Williams-Bally-Midway ceased to exist as a pinball manufacturer and the number of available pins in Germany slowly declined. I have never grown fond of Stern tables, by the way. For years, I was known for playing with just one credit from the morning until the evening and occupied all Grand Champion spots in my local arcade. This time was over though. Looking back, I can gladly say that I really enjoyed playing so many great pins for 20 years, from 1980 to 2000. Very much so that I also lost sight of things like studying.

Video pinball never clicked for me – until “Pro Pinball: Timeshock!” arrived on the market (Editor’s note: The iOS “Ultra” version is out and it is awesome! I urge you to download and try/buy it now.). Up until this day, I consider this the best pinball simulation out there. I started playing pinball for hours again. Soon I claimed all Grand Champion titles on all four “Pro Pinball” tables. After “Timeshock!”, I also became beta tester for “Big Race USA” and “Fantasic Journey”. It’s been years since I last played physical pinball though. Probably I would have to start all over again to achieve good scores. “Pinball Arcade” is well suited for reminiscing in old times. It triggers good memories for me and I enjoy playing and getting decent scores. But I don’t take it that seriously as I did when I played “Pro Pinball”. Unfortunately, a lot of the “Pinball Arcade” highscore tables are hacked and so it’s just not fun to fight for a highscore if some script kiddie can beat that 50 times with just a few lines of codes and some clicks. The developers, Farsight Studios, don’t do much to change that. This worked out way better with “Pro Pinball” where the developers really took care of the highscore tables.

So after 2000 you switched to video pinball and never looked back. How was this change for you? Why didn’t you continue to play on physical tables although they became more and more sparse?

Yes, this was a complete shift for me. I just lost interested in the physical tables because there was nothing new that interested me. I bought a special pinball controller for playing “Pro Pinball” properly. “Pinball Arcade” I only play with the keyboard which is not very professional for me. But it works okay. The old controller is still sitting in my basement though. Maybe I’ll pick it up again!

There is a pinball renaissance going on, with Jersey Jack Pinball and smaller companies like Dutch Pinball. Tournaments are attractive again because of the organizing work of IFPA (International Flipper Pinball Association) and the WPPR (World Player Pinball Rankings). You don’t have any aspirations to prove yourself there? Or does the fact that you always have to search for pinball tables annoy you too much?

You’re right in terms of pinball renaissance and I think this development really is great. “The Big Lebowski” looks wonderful and also Jersey Jack is interesting although I’m not that much interested in “The Hobbit” as a theme. I don’t know how those tables play though, I’d very much like to have the possibility to get my hands on one of them. Apart from some Sterns, I haven’t seen anyone of those newer tables in Germany yet. I am very much looking forward to the real life port of “Timeshock!” from Silver Castle Pinball. Hopefully this will happen for real.

As for my interest in taking part in tournaments: I get my pinball news online and am aware of all those things. But it’s like with Chess where I also had high ambitions, by the way: You can’t live on those passions so I am reluctant to travel to far away events. In the heyday of “Pro Pinball: Timeshock!” in 1998 I was once invited to a tournament in London where I also met the “Pro Pinball” development team. Unfortunately, tournament play time was limited to five minutes for each player. I had claimed first place but the very last competitor had a few more points than me due to the time limit which was aggravating.

You are such a good player. What’s your trick? On many tables within the “Pinball Arcade” you are in the top 10, sometimes even Grand Champion! How do you pull this off?

I think it’s because I really played a lot of pinball in my life. Practise makes you a master eventually when you are really passionate about something. At some point it’s just in your flesh and blood. For “Timeshock!” I even did an extensive strategy guide.

Do you play a virtual pin differently than a physical table? When playing on a pinball machine, you do things like drop catch, post pass, etc. to control the ball as much as possible. Is this important in the same way in video pinball at this high level play that you do? What is different? How do you circumvent quick drains? Video pins are usually a little bit faster that physical tables, too.

I play video pins the same way I play physical machines. The ball physics are quite accurate by now. With “Pro Pinball” in the late 90ies this was a sensation but with “Pinball Arcade” it is standard by now and it works well. A lot has changed for the better. So I use all the common techniques quite automatically while playing. And because I played those machines almost until infinity, all of the shots and combinations just come natural to me. So you can definitely compare the playing style for physical and virtual tables. A big exception is nudging: I can’t really relate to just tapping or pressing a button for nudging. This works much more intuitively with physical pinball. Having said that, with “Timeshock!” I could prevent almost every ball from draining through the outlanes. I didn’t pull this off with “Pinball Arcade” one single time. I just try to prevent middle drains. During Christmas holiday, I had the time to take back a lot of my old highscores. My ambition always comes back eventually!

After 35 years of playing pinball: What fascinates you so much about playing pinball? Why did you play so much and why didn’t you stop? And what are your favorite tables of all time?

At the heyday of Williams and Bally, the designers and manufacturers managed to produce pieces of art with an attention to detail which I haven’t experienced later on. Everything worked: the design, the sound, the dot matrix display, the programming. These little worlds with all their rules and possibilities were incredibly fascinating to me. Everything happens within a confined space that I explored and discovered with every new design. You could find pinball machines in a lot of countries. I remember vacations where I took the time to travel to the cities to play pinball: “Twilight Zone” in Greece, “Creature From The Black Lagoon” in Italy and so on. Of course I also impressed a lot of people with my skills. It just was my passion!

It’s hard to pinpoint three favorite tables of all time. “Twilight Zone” was really impressive, almost perfect in many aspects. I also played a lot of “The Addams Family”, the conceptual predecessor. I also very much enjoyed “Funhouse”, “Earthshaker” and “Roadshow”. When it comes to video pinball and simulations I still have to go with “Pro Pinball: Timeshock!”.

Thank you for the interview, Tarek! Hopefully you will stay excited for pinball for the next 35 years as well.

3 comments on “Always on top! An interview with videopin master Tarek Oberdieck”