At first glance, pinball appeals to non-pinheads through its rich visuals and sounds. This is the reason why you see many press/media, film and sometimes also fashion people to become interested in pinball – if only in its looks at first.

But Austrian alternative soul pop band ROBB is also interested in pinball as entertainment and as a form of competition. This is proven through its newest music video which depicts Austria’s top pinball players Markus Stix (currently ranked #23) and Roland Schwarz (currently ranked #105) who have their big face-off on a “High Speed” machine surrounded by their peers. It’s a beautifully shot music video which shows some of the Austrian pinball people but of course also the appeal and the camaraderie of pinball and its community as a whole.

When I learned that a band that hails from my hometown Vienna made a music video with 100% percent pinball, I immediately contacted ROBB and talked to their singer Robert Summerfield about how the idea of doing this video came into existence and what pinball means to him and his colleagues.

Hi Robert! In earlier music videos of ROBB, we can see young urban people being happy or concerned. Or we see the band playing. For the video of your new song “Goldmind”, things are different: You chose to show the Austrian pinball community and some of its protagonists. Why?

It started off with the whole color and light world surrounding pinball. The constant movement of light-schemes and narratives seemed like a great pendant to our electrified track “Goldmind”. Also, we totally identified with the culture and personas within the pinball community – their extraordinary enthusiasm, welcoming spirit and professionalism enabled us to get an in-depth look at pinball. Gábor Varga (chairman of Pinball Sports Club Austria) showed us the technical side behind various machines, while Markus Stix and Roland Schwarz demonstrated some vital moves and strategies of playing.

How did you know that there was a pinball community in Austria? You could just go to a bar that has two machines or so and film some random people or members of the band playing pinball.

We searched for some pinball pictures online and stumbled upon the Pinball Sports Club Austria in Hollabrunn. One phone call later and we were connected with Gábor, our first pinball community contact.

Apart from the obvious audiovisual aspects of pinball, how important was it to tell a story within the pinball setting? Also, how did the choice come about of not mixing pinball sounds into the final video?

The story was not the most important factor but definitely a structural orientation. Our main goal was to capture the atmosphere and images of the pinball area in Hollabrunn and luckily we had two interesting characters – Markus and Roland – who depict unique arcade personas. As for the pinball sounds: We tried breaking the video down at one point, introducing some real pinball sounds and noises. That kind of messed with the flow of the video though, so we kept the original track running. 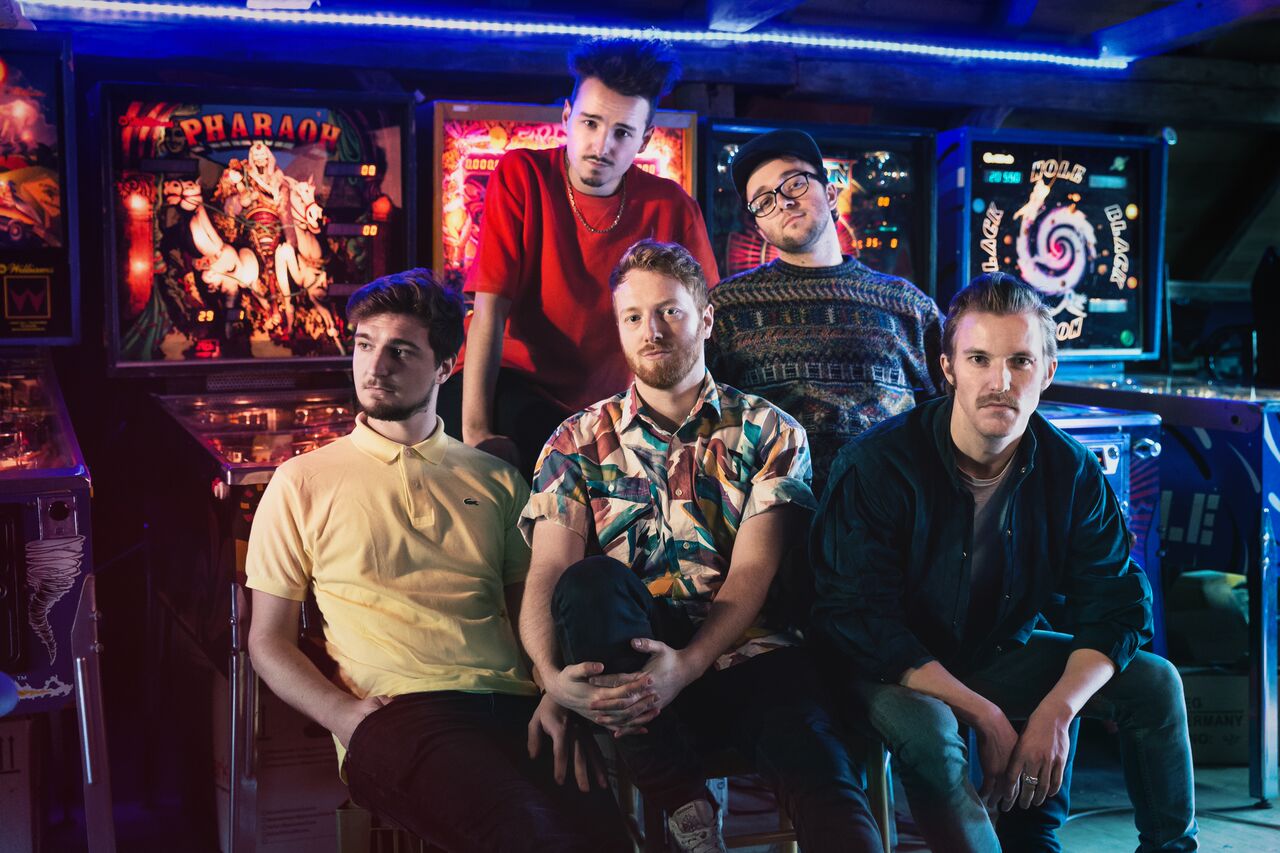 What kind of recreational activities are you sharing as a band during off hours? What is your relationship to arcade games like pinball?

Off hours … to be honest it pretty much hovers around musical stuff. Sessions, listening to new tunes we dig, grabbing some food and talking about the production. So I guess “off hours” is pretty much a relative term. We all grew up with pinball, we can relate to the idea of meeting up at the arcade or at a friend’s house, trying to beat that high score. None of us was lucky enough to own his own pinball machine, yet we romanticize with the thought of it.

Many people inside the pinball community feel a bit marginalized, both in terms of pinball as a sport and pinball as entertainment. A lot of folks who don’t know much about pinball still argue – even after 40 years of Roger Sharpe’s achievement in the court room – that it’s a game of chance which wouldn’t be suited as a competitive discipline. And when it comes to fun and entertainment: You just don’t see a lot of pinball machines in public places anymore – although it’s getting better again. Can you relate to a hobby where you repeatedly have to explain certain things and get some facts straight?

Yeah, that’s also the impression I got. The way I experienced pinball – as a competitive sport that is – it was really hard to believe that some people are still marginalizing it as a game of chance. That’s like saying pool or snooker are games of chance – it just does not depict reality. In almost every sport, if you’re a beginner, a lot is up to chance and you lose a lot, just because your skill and techniques aren’t there yet. But the way Markus, Roland and the other players we met mastered the game, easily being able to play for 20-30 minutes per ball in one session, that was pure skill. Little to no chance involved.

Apart from your music: Do you or other members of ROBB have other interests where a lot of passion is involved?

Well, I guess sitting in front of a screen, spending hours on little sonic occurrences could also be called a passionate involvement. Maybe that’s a possible parallel between pinball and the things we do.

One comment on ““Goldmind”: A pinball story in a music video”