Pinball machines have always been eye-catcher. In fact, a lot of people use them primarily as decoration objects. It makes sense: A pinball machine is big and colorful, features a lot of artwork as well as blinking things and can of course be played. It sure helps that everyone knows how pinball works on a basic level: Shoot everything that blinks, don’t lose the ball.

If you use a pinball machine as a piece of visual attraction, it doesn’t need to be a particularly good table design and you also don’t need to provide a perfect playing condition. Some cheaper, older machines work just fine. They have the additional retro bonus, too! 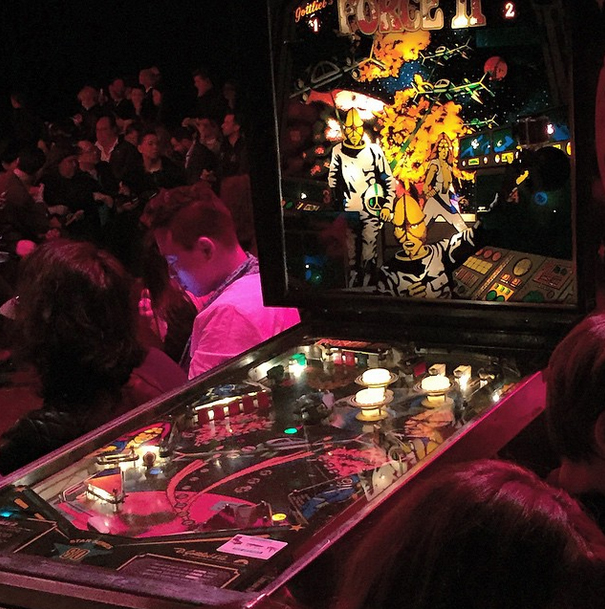 Stars of our show

No wonder then that famous French fashion brand Givenchy today chose to include some old videogame cabinets in their Fall Winter Women’s Show at this year’s Paris Fashion Week. Those arcade game cabinets were not the main stars though – instead, some pinball machines stole the show! At least five to six pins were placed all around the room, in close contact to the catwalk and the audience, as an important component of the event.

Fashion brands often come up with unusual ideas for their major shows. Still, most of them are incorporated within the show itself, like weird make-up, uncommon accessoires or some performance being done by the models. Special locations with striking architecture are also guaranteed to provide a good setting and to gain attraction by the media.

Arcade game machines are not seen very often in an event like this, so it is nice to see pinball and videogame cabinets outside dedicated arcades and geeky basements for a change. Don’t get me wrong: Those machines mainly belong to the fans who hone, maintain and play them. But sometimes, it is also a good thing to see them in a completely new context. 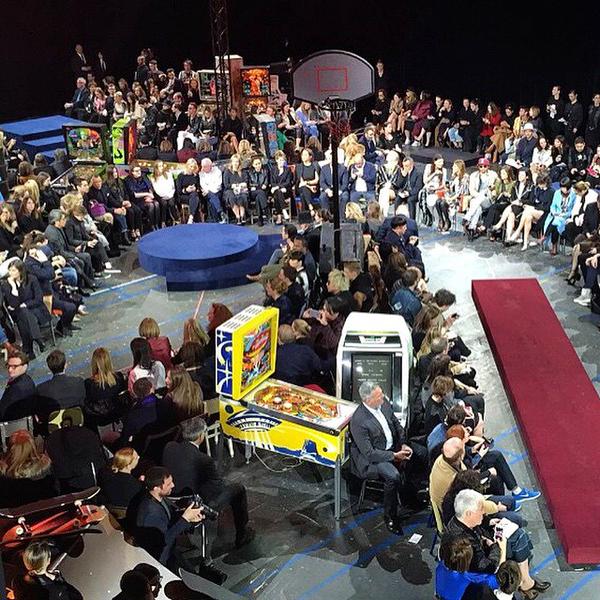 As for the machines themselves, I could only make out a some of them on the photos that were posted on Twitter. I spotted a “Spectrum” (that’s a rare one!), “Force II” (also quite rare), “Close Encounters of the Third Kind” (the one responsible for this site’s big frontpage photos, by the way) and some other EM machines. Again, it would make no sense to use a “Twilight Zone” or “Monster Bash” for such an event. If it was the case, chances are that some people would really like to play some games on them and would instantly forget about the fashion.

Fancy decoration object or not: You never know where pinball machines will pop up next. Stay open minded if someone asks you to lend him or her some of your pins – you never know if they won’t be trending on Twitter some hours later! 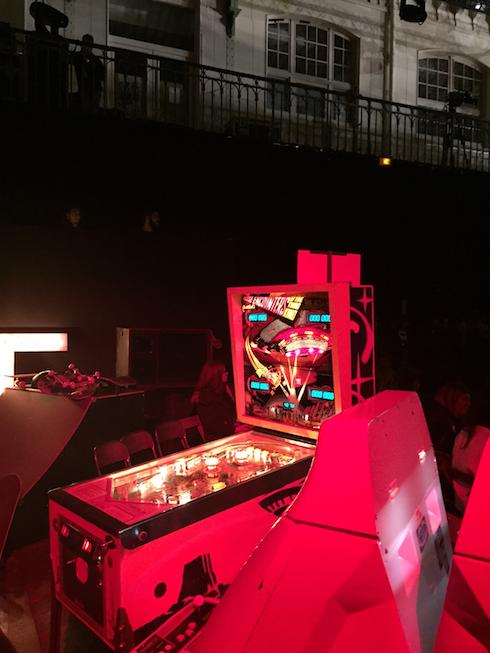